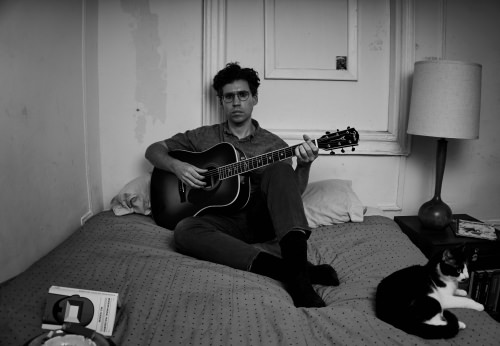 A. Savage is best known as the front man for Parquet Court, a duty split with fellow Texan Austin Brown, and their last record, Human Performance , delved into the emotional wreckage of a broken heart, to critical acclaim. But with Thawing Dawn, his first solo album which will be released on Dull Tools, it’s clear that Savage has matured. The songs on Thawing Dawn form a guided tour through the romantic environs of A. Savage’s mirrored mind. While some were written recently, other tunes were penned over the past decade. For one reason or another, these compositions didn’t land with any of Savage’s other groups, and instead are presented now as a distinct collection. Reflecting back, Savage says, “Once I realized I had a small body of work that didn’t fit anywhere else, I started to examine the commonalities: What’s the common denominator of all this and how I can expand on it?”