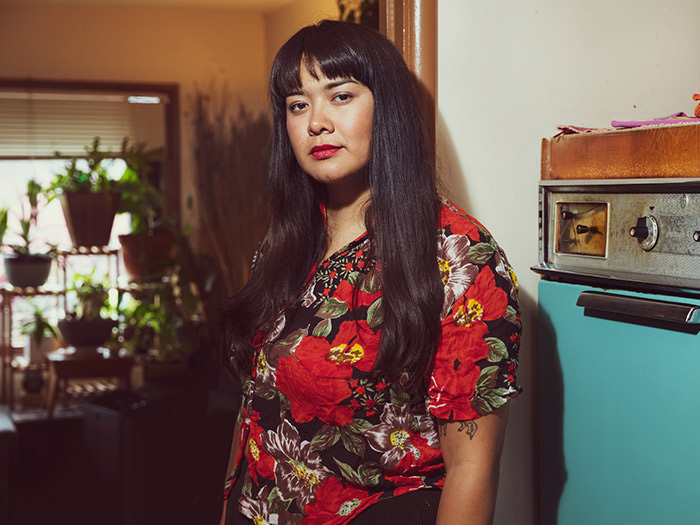 Released in September of 2018, Mother of My Children was the debut album from Black Belt Eagle Scout, the recording project of the Swinomish-Iñupiaq Native American Katherine Paul. Heralded as a favorite new musician of 2018 by the likes of NPR Music, Stereogum, and Paste, the album was also named as a “Best Rock Album of 2018” by Pitchfork, and garnered further end-of-year praise from FADER, Under The Radar and more. Arriving just a year after that debut record, At the Party With My Brown Friends is a brand new full-length recording from Black Belt Eagle Scout. Where that first record was a snapshot of loss, landscape, and of KP’s standing as a radical indigenous queer feminist, this new chapter finds its power in love, desire, and friendship.