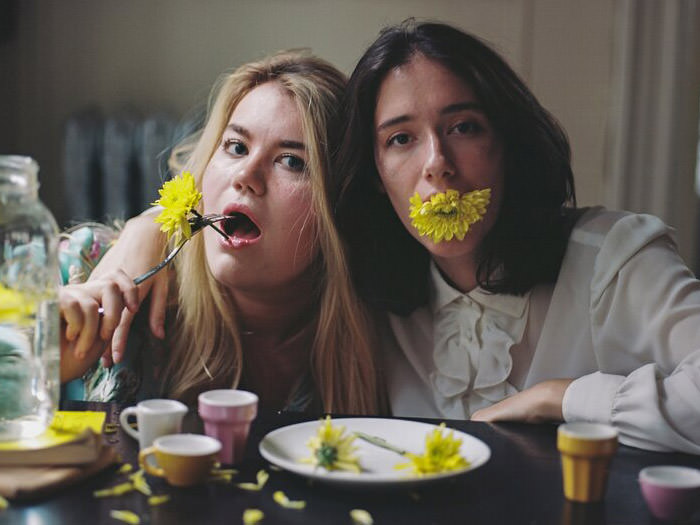 Daisy the Great is a Brooklyn based band fronted by Kelley Nicole Dugan and Mina Walker. From their delicate, harmony-laden folk pop songs to their powerhouse indie rock ballads, Daisy the Great is recognized for their killer vocals and playful spirit. Daisy the Great’s debut LP “I’m Not Getting Any Taller” was released in January 2019. They have amassed over 50 million streams online, and have released multiple music videos for their songs including “Famous”, “Dips” (which premiered on Refinery 29) and “I’m Fine”. Their EP I’ve Got a Few Friends and I Wish They Were Mine premiered in January 2018 via NYLON Magazine.

Daisy the Great opened for the Indigo Girls on tour before embarking on their own (first!) tour in the summer of 2019, playing shows in 12 US cities. While on tour, Daisy the Great also performed at Audiotree Live in Chicago.

During quarantine in 2020, Daisy the Great released the soft songs EP, along with three collabs: “Friend”, “Lala” and “Pool”. More music is coming soon.