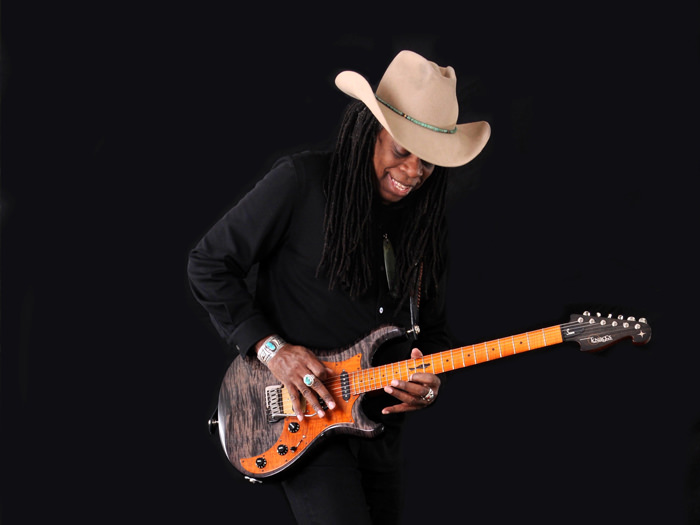 Larry Mitchell exemplifies the success that can be achieved when one chooses to follow his passion. The gifted Grammy Award winning performer, producer, and engineer continues to amaze. Larry’s guitar textures demonstrate his abilities as a solo artist and as an ensemble player. Larry has had the opportunity to tour with Tracy Chapman, Billy Squier, Ric Ocasek, and Miguel Bosѐ. While on tour with Tracy Chapman, Larry performed for the late Nelson Mandela. In 1999, Larry won a San Diego music award for Best Pop Jazz artist.

In 2007, Larry won a Grammy Award for producing, engineering and performing on the Best Native American Music Album, “Totemic Flute Chants”, by Native American artist Johnny Whitehorse, who is best known as Robert Mirabal. Larry is also the proud recipient of 26 New Mexico Music Awards in various categories which include pop, adult, contemporary, rap, rock, country World music, and Native American music with artists such as Dawn Avery, Joy Harjo, and Shelley Morningsong. In 2009, Larry had the honor of playing on the Dalia Lama Renaissance album.

Larry newest release “The Light within” (acoustic) 10th and “Shadows on the Soul” 11th (Electric) can be purchased and streamed on larrymitchell.Bandcamp.com. Larry will be doing a solo show Saturday, and appearing with the poet Joy Harjo on Sunday at Word of South.