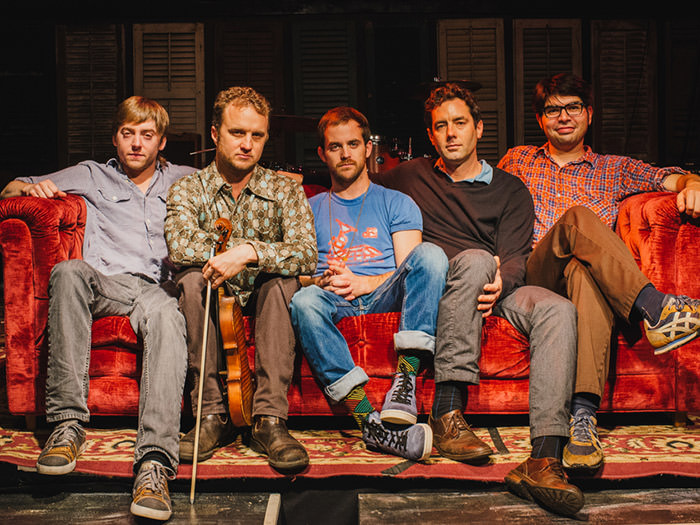 Lost Bayou Ramblers was formed in 1999 by brothers Andre and Louis Michot, performing the roots Cajun music they learned as members of Les Frères Michot, the family band their father and uncles formed in the 80’s. The brothers quickly began playing clubs and festivals around Louisiana, and taking the traditional music they were raised with to new levels of rhythmic energy and spontaneity.

In 2012, with 5 albums under their belt, including a Grammy nomination for their 2007 release Live a la Blue Moon, the band released its most progressive and sonically experimental record to date, Mammoth Waltz. Mammoth Waltzacts as an invitation for all music lovers to tune in to the hypnotic Cajun rhythms the Lost Bayou Ramblers have been known for since their inception in 1999. Lost Bayou Ramblers’ contribution to the score of Beasts of the Southern Wild in 2012 brought them further international recognition.