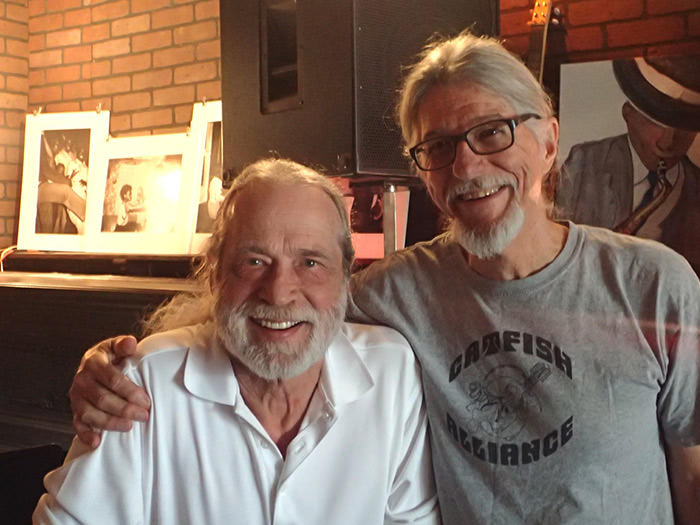 Songwriter, Mike Rychlik has been singing, writing, and performing in the north Florida panhandle for almost fifty years. During this time he has written and co-written several hundred songs. Since 1972 every band he has played with has performed a majority of original material. A songwriter with eclectic influences, Mike writes jazzy blues tunes, funky country pop ditties, and beautiful ballads. His lyrical approach is steeped in storytelling, history, and humor. Since the early 70s, Mike has been a fixture in Tallahassee, playing in groups such as Labamba, Flipside, Muffin Men and Harvest Gypsies.

Guitarist Warren Sutton has been a singer/songwriter in the Capital City since 1973 when he moved from Michigan to become a founding member of Labamba. When that popular jazzy pop band broke up after almost ten years, Warren became a founding member of Riverbreeze, which was hands-down the most popular jazz fusion group in north Florida for 25 years.

Over the last five years, these two old friends have been appearing as an acoustic duo, exploring new material, along with some Labamba, Flipside, and Riverbreeze staples.