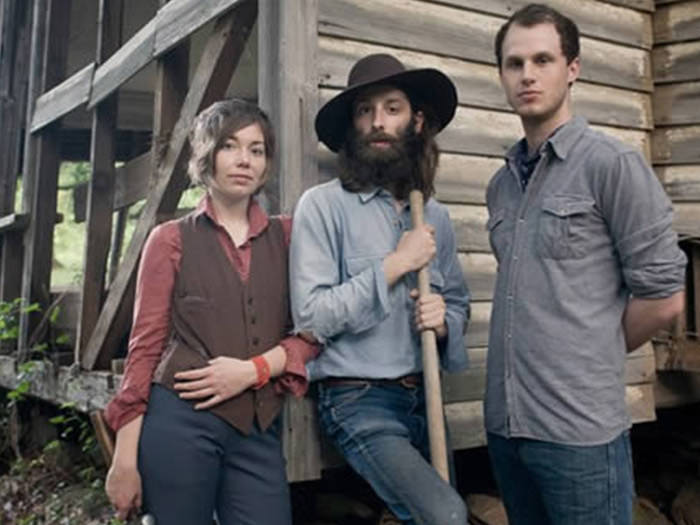 The North Carolina-based band Mount Moriah—composed of Heather McEntire (lead vocals, guitar), Jenks Miller (lead guitar, keys), and Casey Toll (bass, keys)—seem insistent to grow. If Mount Moriah’s self-titled debut showed them standing with sea legs, determined to dream their way free from the dark crevices and corners of alt-country’s stiff template; and if Miracle Temple, their second album, called that darkness by its Southern name and met it with fire; then their latest collection of songs, How to Dance, is a devotion to the cosmic light itself: moving towards it, moving into it, becoming it.

Mount Moriah’s third full-length album sees them stretching further to explore their collective interest in the intangible fringes of fate and synchronicity. With How to Dance, the band presents new themes of symbolism, mysticism, alchemy, universality, sacred geometry. There is color, confidence, self-direction, joy. There is also darkness, but only to show you how it found its light.