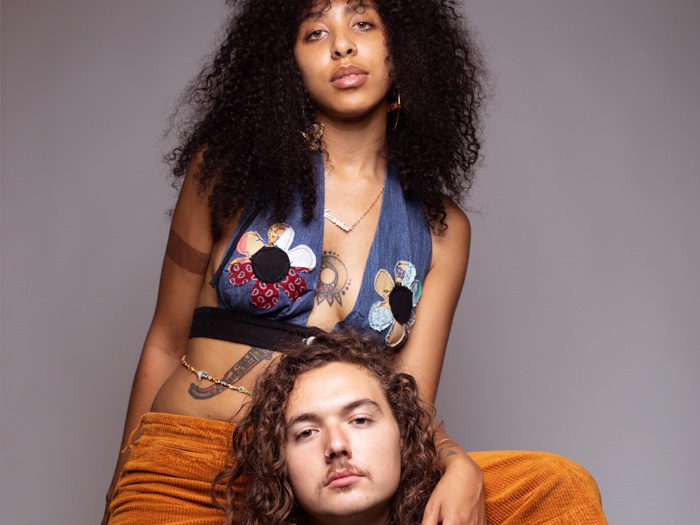 Purple Hurt is loud, in your face, and wants you to know that they’ve arrived. Hailing from Washington, DC, Purple Hurt is an American Alternative Punk band that offers a genre-bending sound combining elements of punk, jazz, and screamo, into a fresh and high-energy package. The band’s formation in 2018 was one of serendipitous magnetism bringing together members Sednah- Vocals and Z-Drums, amidst a pair of purple velvet curtains hung heavily in drummer Z’s Columbia Heights apartment, inspiring the name. Described as “the artist’s artist” by Baltimore film maker Electric Llama, Purple Hurt has taken the DC arts scene by storm, infusing label non-conforming resistance, attention-demanding performance art, riot rhythms, and ancestral sounds, creating a sense of future nostalgia. A call to return to source and self, Purple Hurt released their debut album in collaboration with former bandmates, Carlos Gomez and Hellmet Gyal, Postcards from the Sun, with singles, Black Star (2019) and Free (2020), along with a short film, Postcards from the Sun (2020), written and directed by Sednah, Melani B and Maud Acheampong. Prior to the release of their first album, Purple Hurt could be found sending their fans into collective mosh-pitted rage performing live at notable venues in DC such as Songbyrd, DC9, Velvet Lounge, Pie Shop, Dew Drop Inn, and Eaton Hotel. Currently the band has relocated to Brooklyn to further develop their second project, Cyclicity. Purple Hurt will be appearing at Word of South with the author Dawnie Walton.