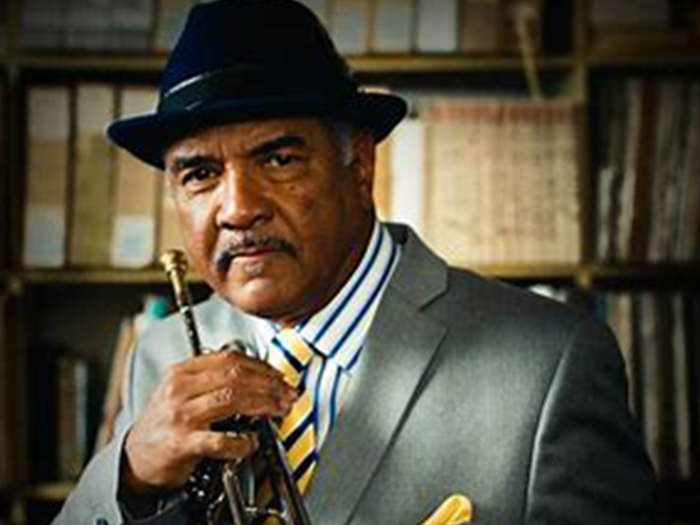 The standard-bearer for a family of musicians with deep roots in the New Orleans Seventh Ward’s close-knit Creole community, Brunious ranks among the city’s most astute and elegant jazzmen, a trumpet titan in a trumpet town. His repertoire of more than 1,500 songs, built across a 40-year career, ranges from Louis Armstrong and Clifford Brown to the Beatles and Burt Bacharach. His personal lineage includes his father, John Picket Brunious Sr., a trumpeter who studied at Julliard and arranged music for Cab Calloway and Billy Eckstine. His uncle Willie Santiago was a renowned early jazz guitarist. His older brother John was a trumpeter who, like Wendell, led the venerable Preservation Hall Jazz Band. During late nights at the Bourbon Street nightclub the Ivanhoe, he played and arranged horn-heavy hits by the likes of Chicago and Blood, Sweat & Tears. He hit the road with Gladys Knight & the Pips and logged a year in New York City with legendary vibraphonist Lionel Hampton. He apprenticed alongside many great New Orleans musicians, including guitarist Justin Adams, with whom Brunious launched the first jazz brunch at Commander’s Palace restaurant in the mid-1970s. Wendell will be appearing at Word of South with the bassist Rodney Jordan, the keyboardist Bill Peterson, the drummer Nygel Anderson, sax player Joe Goldberg, trumpeter and bandleader Scotty Barnhart and other friends.