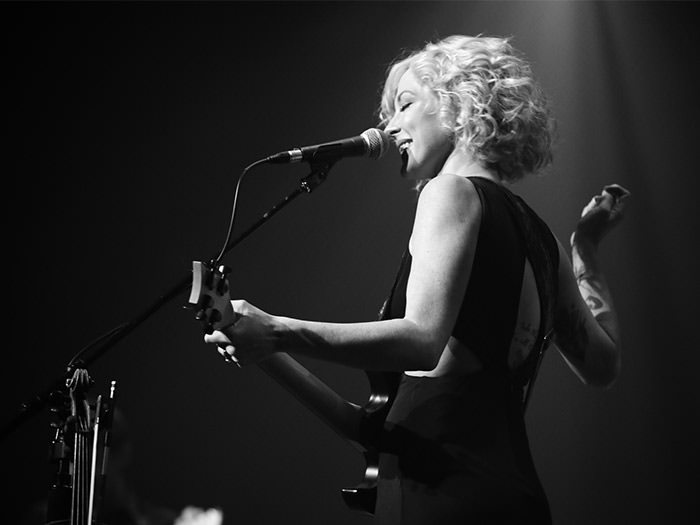 Amanda Shires is a violinist and singer/songwriter who performs as a solo act and with her husband Jason Isbell’s band, the 400 Unit. She began playing violin around age 10, and by her teens was performing with Western Swing legend Bob Wills’ band the Texas Playboys. She has released five albums and appeared in the film Country Strong in 2013. Her singing has been compared to Emmylou Harris and Dolly Parton and the imagery in her lyrics has been compared to Tom Waits. A native of Texas, Shires now lives in Nashville.