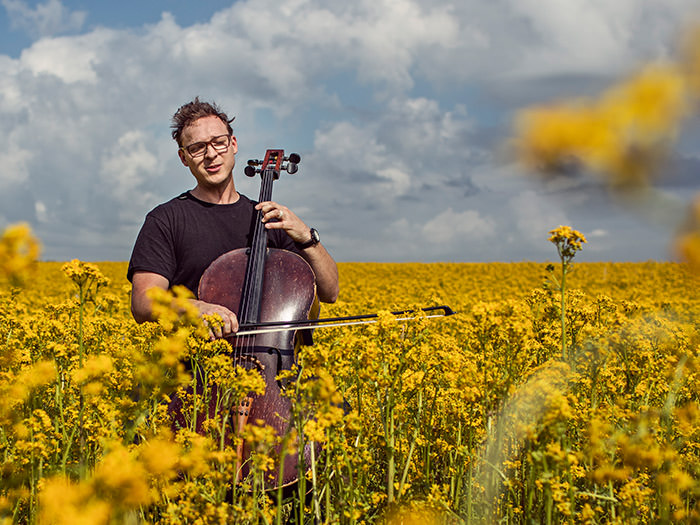 Kentucky-born cellist and composer Ben Sollee likes to keep moving. He kicked off 2014 with the release of his score for the documentary film Maidentrip. If you’ve seen him perform, you know it’s not to be missed. Over the six years following the release of his debut record, Learning to Bend, Sollee and his rugged cello, Kay, told an unconventional story. Seeking a deeper connection to communities on the road, Ben packed his touring life on to his bicycle in 2009. Since then he has ridden over 4,000 miles! He has been invited to perform and speak on sustainability at a number of festivals, including South by Southwest Music (2011) and TEDx San Diego (2012). It’s Ben’s quality of narrative and presence on stage that unifies his musical influences. Ben will be appearing at Word of South with the poet David Kirby.