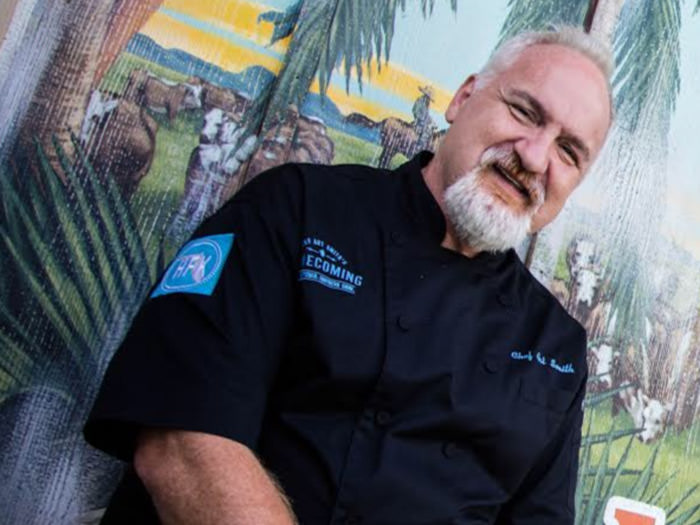 Chef Art Smith loves the idea of bringing people together through food. It’s partly what made him the success he is today. He is the executive chef and co-owner of Blue Door Kitchen and Garden, Art and Soul, Southern Art and Bourbon Bar, LYFE Kitchen restaurants, 1500 Southat the Naples Bay Resortand his latest restaurant Homecoming: Florida Kitchen and Southern Shine at Disney Springs at Walt Disney World Resort in Orlando. Art Smith has received the culinary profession’s highest awards and has cooked for some of the world’s most famous celebrities. In 1997, Smith became the personal, day-to-day chef to Oprah Winfrey, a position that lasted ten years. Smith now coordinates and cooks for special events all around the world.

Smith lives in Chicago and Florida with his husband Jesus Salgueiro, their four children Zumy, Zuky, Brando and Angel, and of course three dogs, seven cats, 15 fish and a couple of turtles.