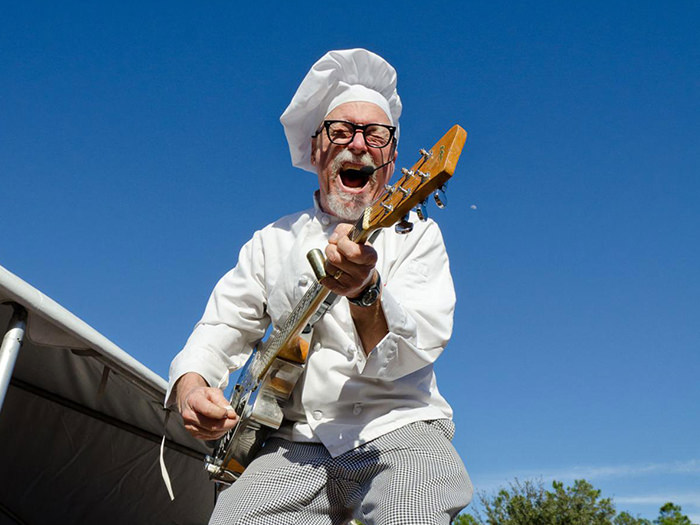 Florida swamp-funk slide guitarist Bill Wharton has been a musician for over a half a century. On his 1989 New Years Eve gig, Sauce Boss splashed a bottle of his Liquid Summer Hot Sauce into a huge pot of simmering gumbo, feeding the entire audience. The rest is history. 200,000 bowls later, he’s still feeding the masses for free at his shows. The Sauce Boss show is a soul-shouting picnic of bluesy, rock and roll brotherhood. The Sauce Boss is the only personality that’s been featured in “Living Blues”, “GQ”, AND “Gourmet Magazine”.