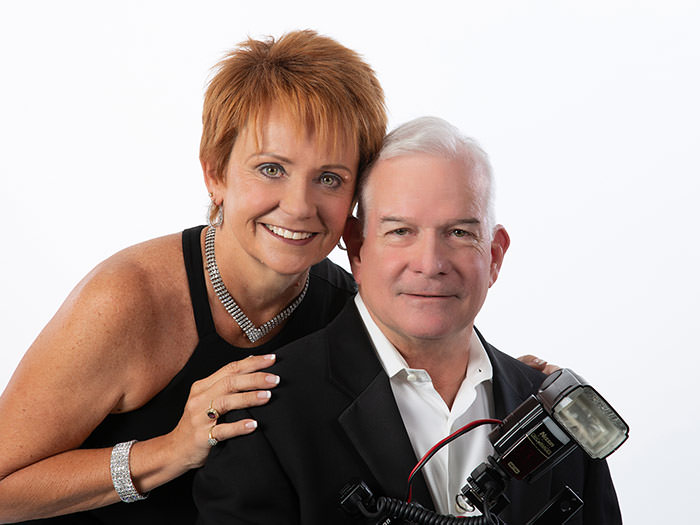 Bob Knight was born and raised in Miami. He moved to Tallahassee in the Fall of 1975 as a Freshman at FSU. Bob started his photography company in 1976 as a way to pay for college. Gail Knight grew up in Dayton Ohio and moved to Tallahassee in 1978 where she met Bob, and received her accounting degree in 1982. She moved to Miami to work as a CPA in 1982 before returning 18 months later to marry Bob Knight and help lead the fledgling photography company.

That photography company, Bob Knight Photo, grew to be the largest event photography company in the world. What started out as a party pic business taking pictures of sororities at FSU grew to be a $100,000,000 firm shooting more than 2.5 million graduates and 55 million images annually. Their book, Married To It, is the story of how Bob and Gail, as pioneers of the graduation photography market invented new protocols and technologies that would shape the industry in ways that are still felt today. Their heartfelt, professional and hilariously irreverent story is a must read for anyone interested in business, marriage, entrepreneurship, and balancing a healthy family life, both in business and at home.