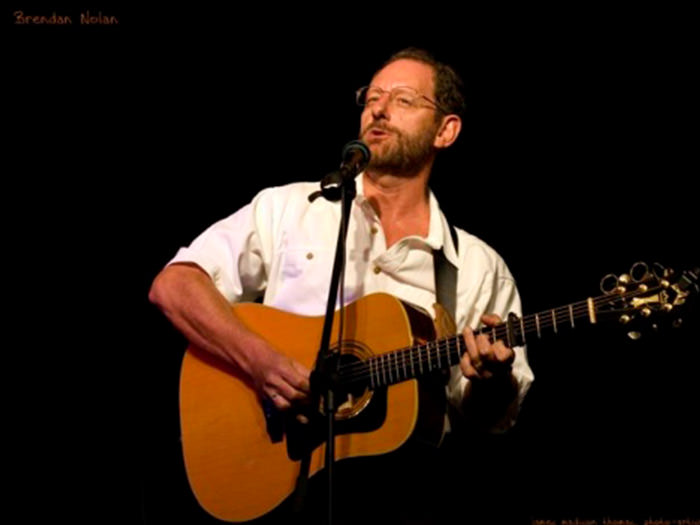 Brendan Nolan was born and reared just to the north of the city of Dublin. When he was growing up in Ireland in the sixties and seventies there was a resurgence of interest in Irish music. Spearheading this musical rebirth were groups like The Dubliners, Planxty, The Bothy Band, and others. Around the same time the singer-songwriter boom in North America had taken off. Both of these genres would ultimately influence his own music. After starting out in the vibrant Dublin Ballad scene of the mid-seventies he moved to Canada in 1979. For several years Brendan headlined festivals and concerts there and most recently here in the US. His appearances here in the states include Milwaukee Irish Festival, North Texas Irish Festival, and Florida Folk Festiva,l among several others. Brendan has six solo albums to his credit.