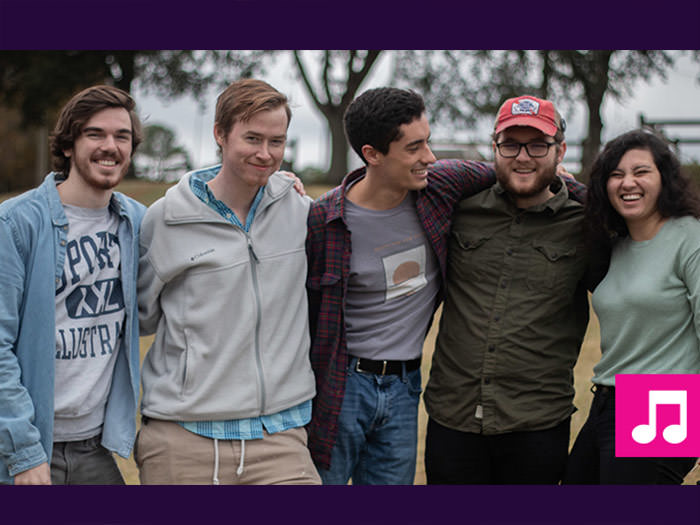 Camp Green Lake was formed in late 2016 by Kent Carson (guitar/vocals), Zach Coursey (bass), and Michael Small (guitar). The first show the trio played together was at 3AM on a cold December morning with Small on the drums. Coming back into the scene during spring of 2017, Rhett Legendre joined CGL on drums and solidified the 4-piece. In the quiet four months, the band released “Demo” in February 2017 with songs “Myself, Myself” and “Gainesville Winters”.

After months of making noises, the band released a split in January 2018 with the late Junior College Honor Roll. Continuing into the year, they were signed by Cat Family Records, put out the single “Teen Angst”, and focused on honing in their sound with influences from You Blew It!, Death Cab for Cutie, and Everyone Everywhere.

Towards the end of 2018, Tiffany Vaughn (guitar/vocals), Ryan Marowski (drums), and David Thorpe (bass) joined Carson and Small to finalize the group.