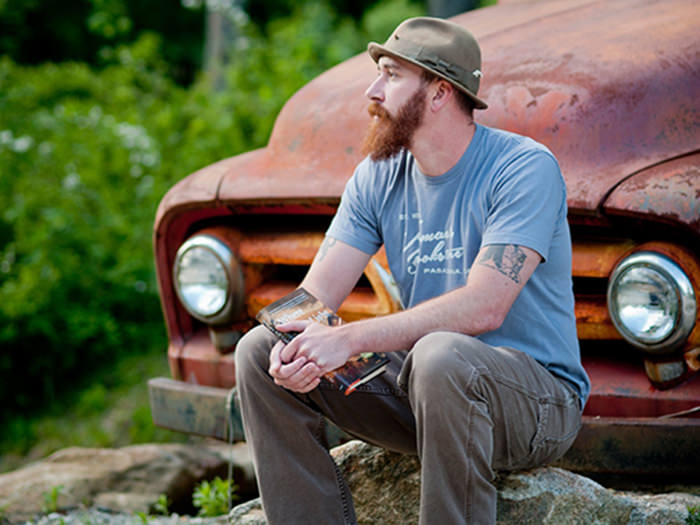 Currently living in the North Carolina mountains, David Joy is widely recognized for his exceptional work in fiction and nonfiction. His short stories and essays have been published in Time, The New York Times Magazine, and The Bitter Southerner. His novel, Where All the Lights Go, was nominated for the Edgar Award for Best Novel in 2015. In 2011 his memoir, Growing Gills: A Fly Fisherman’s Journey was a finalist for the Reed Environmental Writing Award and Ragan Old North State Award. Most recently, he published a novel in 2018 entitled The Line that Held Us. David is appearing at Word of South with the musician and artist Abe Partridge.