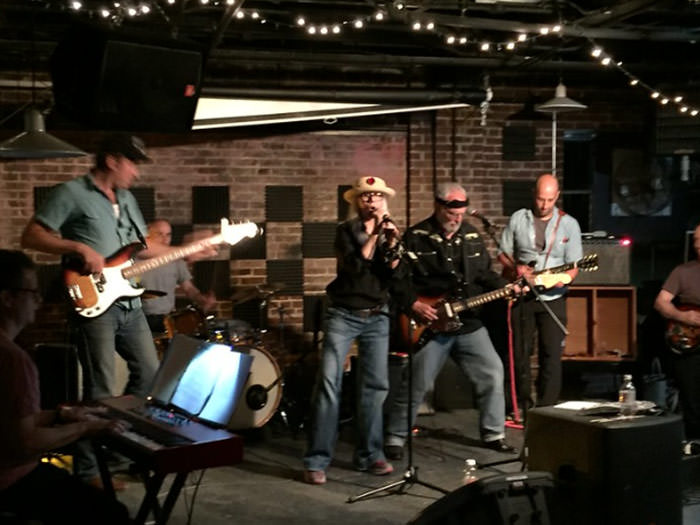 The Dog House Band is a group of writer-musicians associated with the Bennington Writing Seminars, the low-residency MFA program at Vermont’s Bennington College. In the mid-2000s, faculty members Sven Birkerts and David Gates started getting together to swap songs at the Dog House—the only petfriendly house on the Bennington campus—and eventually attracted other faculty, students, staff and visitors to rehearse and perform at the twice-a-year residencies. From a couple of guys with acoustic uitars, the Dog House Band has evolved into a full-on electric ensemble playing an amalgam of country, soul, blues and rock and roll. Lee Johnson, bass, has a B.A. from Bennington and an MFA in fiction from the University of Virginia. His work has appeared in The Oxford American, the Mississippi Review, Meridian, Salamander, Appalachian Heritage and The Common, His recently completed first novel Nitro Mountain will be published by Knopf in 2016. He lives in North Bennington, Vt.