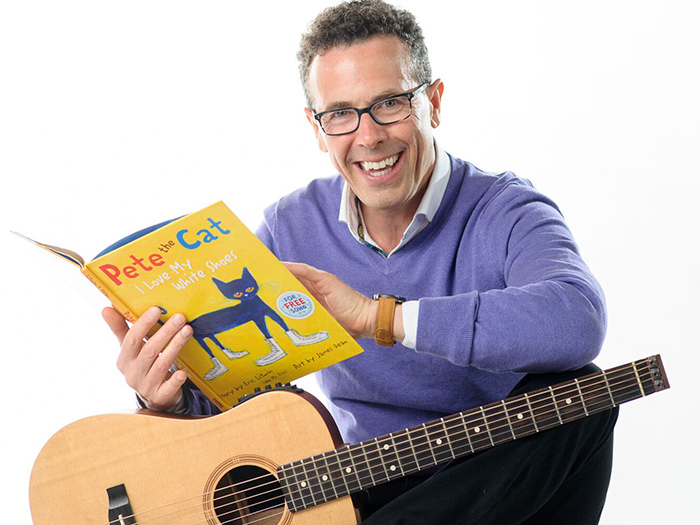 Eric Litwin is a song singing, guitar strumming, # 1 New York Times Best Selling author who brings early literacy and music together. He is the original author of the Pete the Cat series as well as the author of The Nuts and Groovy Joe. Eric’s books have sold over 12.5 million copies, been translated into 17 languages, and won 26 literacy awards including a Theodor Geisel Seuss Honor Award. He’ll be appearing twice this year at Word of South: once on the Lyric Stage, and later in the Story Fort.