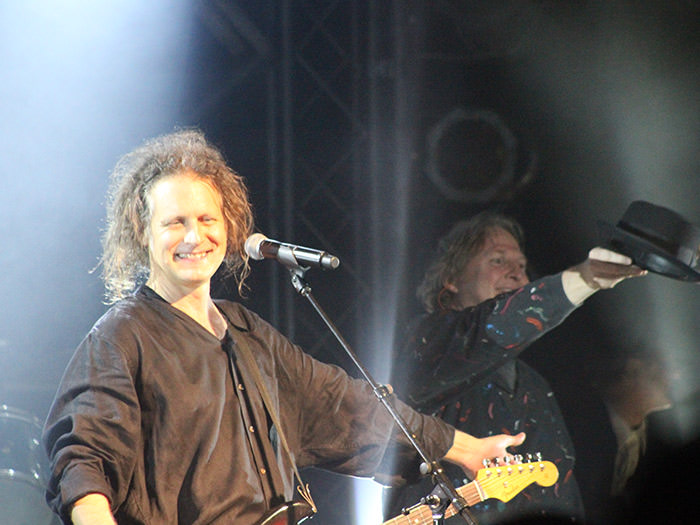 John Kurzweg is a multi-platinum record producer and multi-instrumentalist/singer/songwriter who first became known for his work with successful post-grunge band Creed in the late 1990s and early 2000s. Three of Creed’s records, which Kurzweg produced & mixed, were certified multi-platinum and helped Creed achieve worldwide popularity as well as producing other popular rock artists such as Puddle of Mudd, Godsmack, and Eagle Eye Cherry.

Kurzweg, who in the late 80’s signed with Atlantic records as a solo artist, continues recording & performing his own brand of rock music and can often be found playing various venues around the Santa Fe, NM area (and FL in the winter!).

John still finds time on the other side of the glass producing & mixing for various current artists and still living the studio life.

John will be appearing at Word of South with the writer Michael Farris Smith, and doing a separate performance at Proof Brewery.