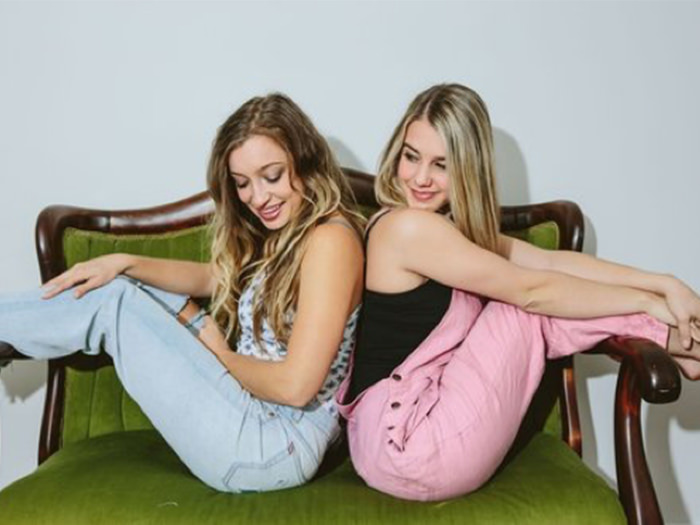 The country American group, Maybe April, formed during the summer of 2012 at a music industry camp in Nashville, Tennessee. The two members, Katy Dubois, from Arkansas, and Alaina Stacey, from Illinois, met at the camp and realized how well they complemented each other musically. The pair began creating country folk music, blending their voices into beautiful harmonies and playing their guitars as accompaniment. Since 2013 the group has been based in Nashville and has played hundreds of shows, including at a Grammy week event, the Pilgrimage Music Festival and the International Bluegrass Music Association’s Wide Open Bluegrass Festival. Maybe April will be joined by Kate Lee and Forrest O’Connor