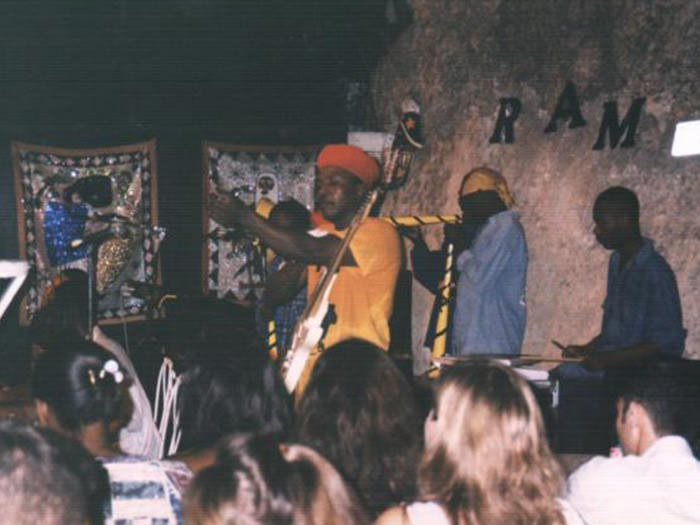 RAM is a drum-roots-driven powerhouse band from Port-au-Prince, Haiti, that derives its name from the initials of its founder, songwriter and lead vocalist, Richard A. Morse. After 25 years of consistently producing quality music, they recently released “Manmanm Se Ginen,” their sixth album – the first in over a decade. In RAM’s music, ancient folkloric polyrhythms intertwine harmoniously with punk rock guitar riffs and swinging Caribbean keyboard melodies, led by the entrancing singer, Lunise, for a truly magical experience. During the years of the military junta of Raoul Cédras, one of the band’s singles, “Fey,” was banned nationwide by the military authorities who perceived it to be a song of support for the exiled President Jean-Bertrand Aristide. The band continued to play weekly concerts in defiance of death threats from the regime until Morse only narrowly escaped kidnapping. In 1998 the band clashed with the newly elected mayor of Port-au-Prince, a supporter of Aristide, and survived an assassination attempt during their Carnival performance. They play on Thursdays at Hotel Oloffson in Port Au Prince- where RAM has consistently gigged for the last 25 years, as well as international concerts and festivals in places ranging from the U.S. to France to the UK to Mexico and Brazil.

RAM will appear at Word of South with author Bob Shacochis.