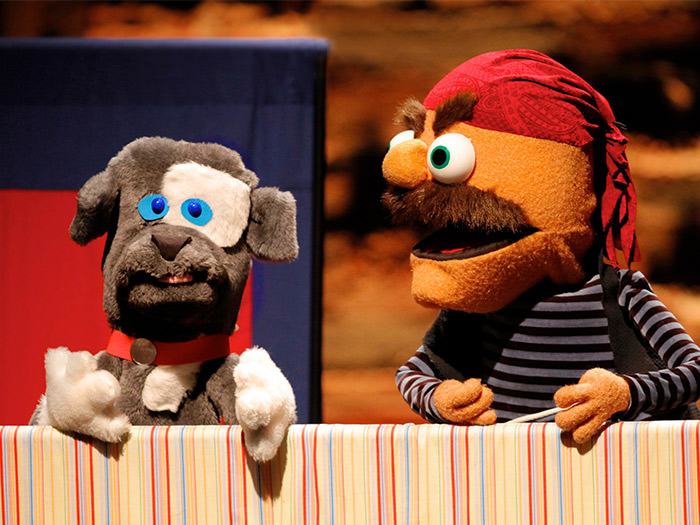 Story Pirates believes that every child has a story to tell. Whether it’s a world where cats can fly or a rock opera about fuzzy alien tickle monsters, this sketch comedy musical is based entirely on stories by elementary schoolers! And at the Story Pirates New Story Show, you’ll see the world premiere of three sketches written by students in Tallahassee! Performed alongside a few of our greatest hits stories, watch the Story Pirates celebrate the words and ideas of your very own student authors. This 45-minute show features 6 actors and a live pianist who bring along colorful sets, costumes, and props to create a hilarious, inspiring, and one-of-a-kind event.