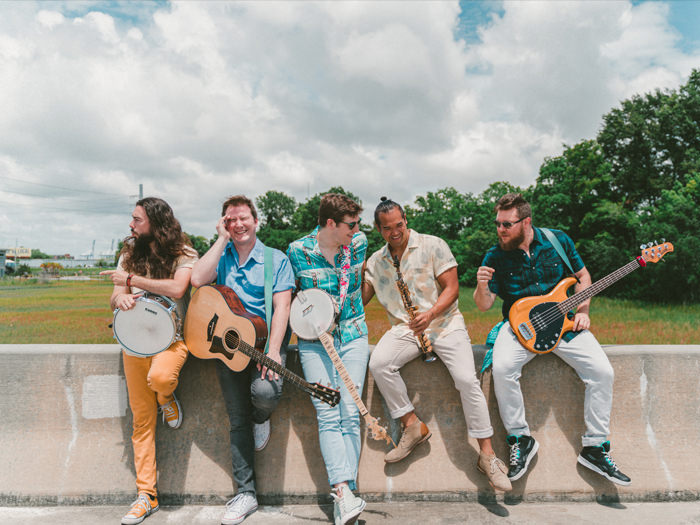 The 502s are undeniable, immaculate rays of Florida sunshine. Their new album finds the 5-piece indie folk band reveling in the thrills and joys of living their dreams, yet resilient in the face of heartbreak and relentless upheaval which comes with the passing of time. Led by earnest banjo-strumming songwriter Ed Isola, The 502s are a band of brothers whose sound has received critical acclaim as celebratory, wholesome, and thoroughly life-affirming.

In November 2020, Ed posted a clip of a live performance of the band’s unreleased single “Magdalene” on TikTok during his lunch break. Within 24 hours, the video had racked up over a million views. As the messages, comments, and heart emojis flooded in, the band knew they had something special on their hands. Overnight they mixed, mastered, and released the audio from that video, ‘Magdalene – Live’, and to date it has been streamed almost 2 million times.

Bolstered by the success of “Magdalene”, The 502s expanded their sonic range for sophomore full-length album Could It Get Better Than This. The album is bursting with the excitement and grandeur of a veritable folk orchestra, comprising a colorful menagerie of instruments from strings and xylophones to brass, melodicas, whistles and bells, all wrapped in block-party-sized singalongs with vaulted vocal harmonies worthy of any great concert hall.