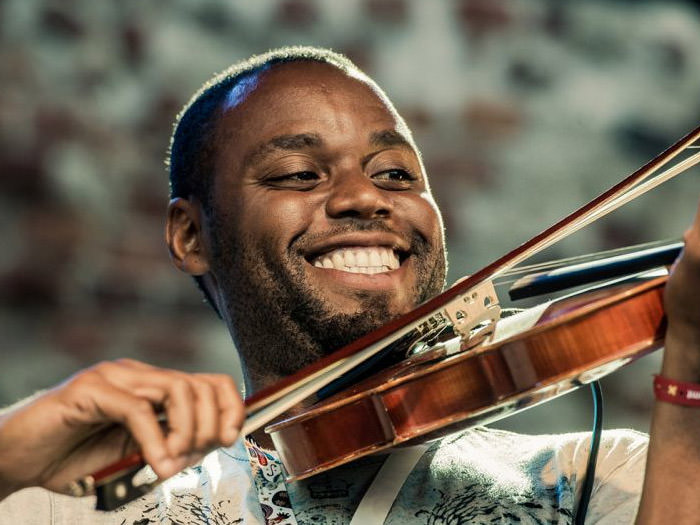 One of the brightest young talents to emerge in Cajun, Creole and Zydeco (Louisiana French) music over the last decade, Cedric Watson is a four-time Grammy-nominated fiddler, singer, accordionist & songwriter with seemingly unlimited potential.

Originally from San Felipe, TX (population 868), Cedric made his first appearance at the age of 19 at the Zydeco Jam at The Big Easy in Houston, TX. Just two years later, he moved to south Louisiana, quickly immersing himself in French music and language. Over the next several years, Cedric performed French music in 17 countries and on 7 full-length albums with various groups, including the Pine Leaf Boys, Corey Ledet, Les Amis Creole with Ed Poullard and J.B. Adams, and with his own group, Bijou Creole.

With an apparently bottomless repertoire of songs at his fingertips, Cedric plays everything from forgotten Creole melodies and obscure Dennis McGee reels to more modern Cajun and Zydeco songs, even occasionally throwing in a bluegrass fiddle tune or an old string band number. Unlike many of his contemporaries, he is also a prolific songwriter, writing almost all of his songs on his double row Hohner accordion. Cedric’s songs channel his diverse ancestry (African, French, Native American and Spanish) to create his own brand of sounds. Cedric will be appearing at Word of South with the author Abe Streep.