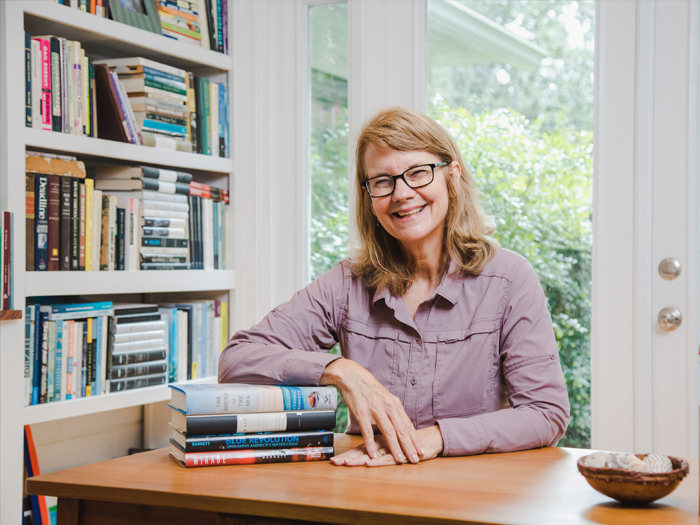 Cynthia Barnett is an award-winning environmental journalist who has reported on water and climate change around the world. Her new book, The Sound of the Sea: Seashells and the Fate of the Oceans (W. W. Norton, 2021), is a natural and cultural history of seashells and the animals that make them—revealing what they have to tell us about nature, our changing oceans, and ourselves. Cynthia is also author of the water books Mirage; Blue Revolution; and Rain: A Natural and Cultural History, longlisted for the National Book Award and a finalist for the 2016 PEN/E.O. Wilson Literary Science Writing Award. She has written for National Geographic magazine, the New York Times, Los Angeles Times, Wall Street Journal, the Atlantic, Discover magazine, Salon, Politico, Orion, and many other publications. Her numerous journalism awards include a national Sigma Delta Chi prize for investigative magazine reporting.
She is a fifth-generation Floridian raising a sixth generation in Gainesville, where she also serves as Environmental Journalist in Residence at the University of Florida’s College of Journalism and Communications. Cynthia will be appearing at Word of South with the journalist/authors Diane Roberts and Julie Hauserman.