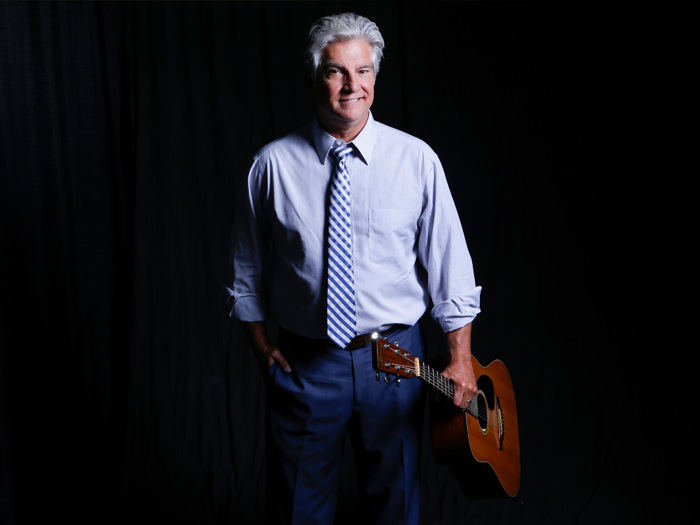 Referred to by Billboard Magazine as “One of Music Row’s greatest veteran tunesmiths,” Jerry Salley has had an incredibly successful, multi-award winning songwriting career. Nominated in 2019 for the Nashville Songwriters Hall of Fame, Salley is the 2019 & 2018 IBMA (International Bluegrass Music Association) Songwriter of the Year and was named the 2003 SESAC Country Music Songwriter of the Year. Salley has had over 500 different songs recorded and his songs have sold in excess of 18 million records worldwide. Writing and singing in Nashville since 1982, he has written multiple hits in country, bluegrass, and gospel music and may well be the most successful songwriter to have earned equal recognition from all three genres of music. Jerry is a 2020 Grammy nominated producer in the Gospel Roots category for producing the multi-artist project, “Gonna Sing, Gonna Shout”, on Billy Blue Records.

From Sir Elton John’s only chart single to appear on the Billboard Country Chart (“Where We Both Say Goodbye” – duet with Australian artist Catherine Britt) to a Gospel song so popular it has been included in church hymnals (“His Strength Is Perfect”); from songs recorded by country music legends Loretta Lynn and The Oak Ridge Boys to some of today’s biggest country stars like Chris Stapleton, Reba McEntire, and Brad Paisley, Jerry’s long list of accomplishments speaks for itself.