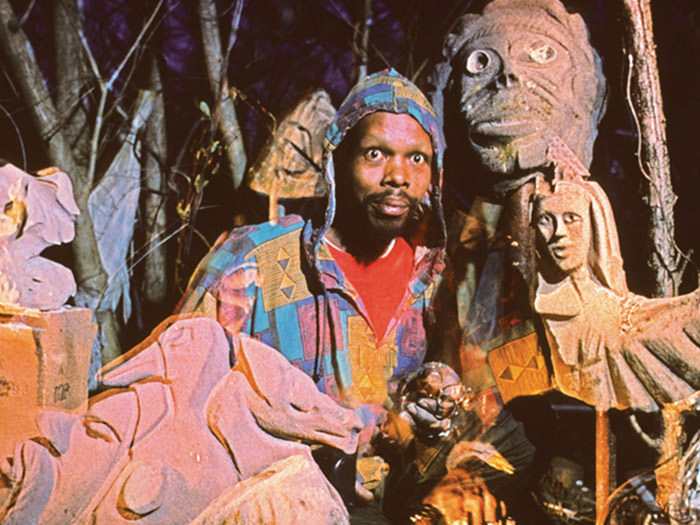 Lonnie Holley, sometimes known as “The Sand Man,” is a multi-faceted artist who started out as a sculptor and later added painting and music to his repertoire. Holley began his artistic career in his late twenties when he carved tombstones out of sandstone for his sister’s two children who were killed in a house fire. Holley’s sculptures have been displayed in the White House and in museums in his hometown, Birmingham, as well as New York and Atlanta. In his sixties, Holley met the founder of the Dust-to-Digital record label and recorded his first album. The New York Times described Holley’s music as “largely unclassifiable: haunting vocals accompanied by rudimentary keyboard effects, progressing without any traditional song structure — no choruses, chord changes or consistent melody whatsoever.”