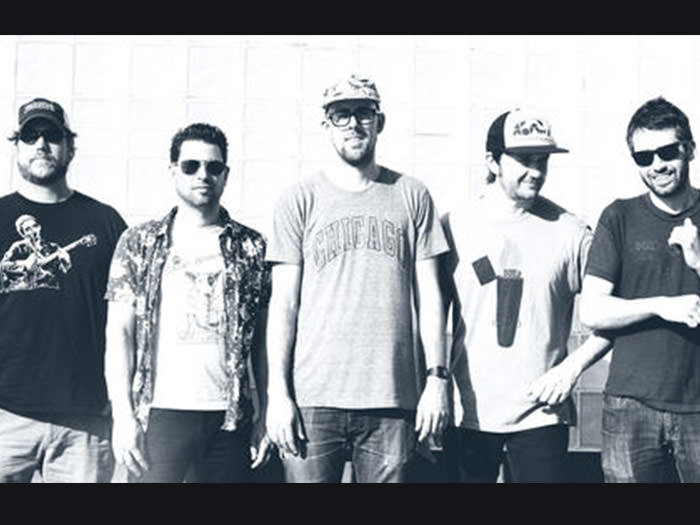 Drummer Aaron “Mort” Mortenson and guitarist/vocalist Jay Rutherford of the band Los Colognes say they’re making jam music for fans of songwriters and classic rock for a younger generation. Formed in Chicago 15 years ago, the six-member band now calls Nashville home. Los Colognes has frequently backed Nashville singers in the studio and on tour. In 2014 they toured for half a year as the backup band for singer Caitlin Rose, giving them the opportunity to introduce their music to a large, diverse audience. Los Colognes has been influenced by J. J. Cale and John Prine, and is known for the band’s unique take, emphasizing song writing, on the jam band genre.