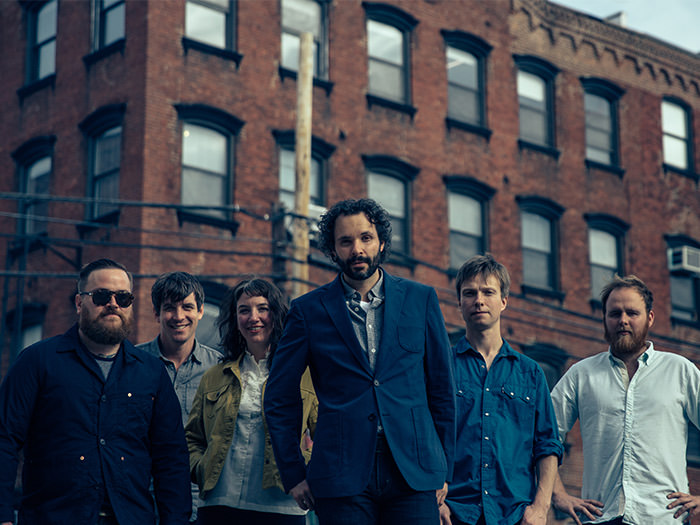 Blind Pilot’s ‘And Then Like Lions’ on ATO Records is the third LP from the Portland, Oregon-based sextet consisting of frontman Israel Nebeker, fellow founding member Ryan Dobrowski, Luke Ydstie, Kati Claborn, Ian Krist and Dave Jorgensen. The album was produced by Israel Nebeker and Tucker Martine (The Decemberists, Neko Case, My Morning Jacket), and was written and composed by Nebeker. It comes five years after the band’s well-received ‘We Are the Tide’ and three years after Nebeker thought he’d be starting the songs that would become the band’s third album.

Blind Pilot has performed on Ellen and The Late Show with David Letterman, at the Newport Folk Festival, Bonnaroo, and Lollapalooza. The group has shared stages with The Shins, Local Natives, Andrew Bird, and more. The project began in 2007 when Israel and co-founding member Ryan Dobrowski went on a West Coast tour via bicycle.