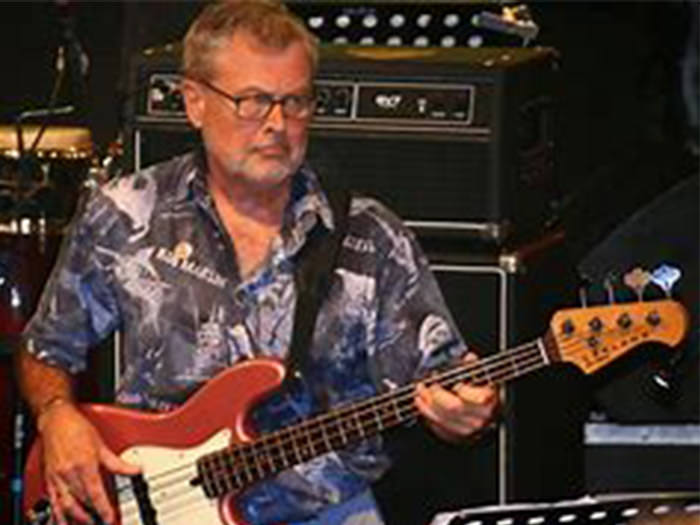 David Hood is a bassist from Muscle Shoals, Alabama. Hood started his career playing with the Mystics and as a backup musician at FAME Studios. He went on to co-found Muscle Shoals Sound Studio, where he produced songs for Willie Nelson, Cher and others, and was the bass player for the legendary “Swampers,” the house band at Muscle Shoals. He played bass on albums by Boz Scaggs, Cat Stevens, Paul Simon, Bob Seger, Bugs Bunny, Traffic, the Staple Singers, Frank Black, Odetta, John Hiatt, Etta James, John Altenburgh, Johnny & The MoTones and Percy Sledge. Hood appeared in 2009 on Klaus Voormann’s solo album A Sideman’s Journey. He participated in the latest Waterboys album, Modern Blues, recorded mainly in Nashville, and afterward toured with them. He is a member of the Alabama Music Hall of Fame.

At Word of South he’ll participate in a panel discussion on the significance of Muscle Shoals music, and will play as part of the Donnie Fritts band the songs of the soul singer and songwriter Arthur Alexander.